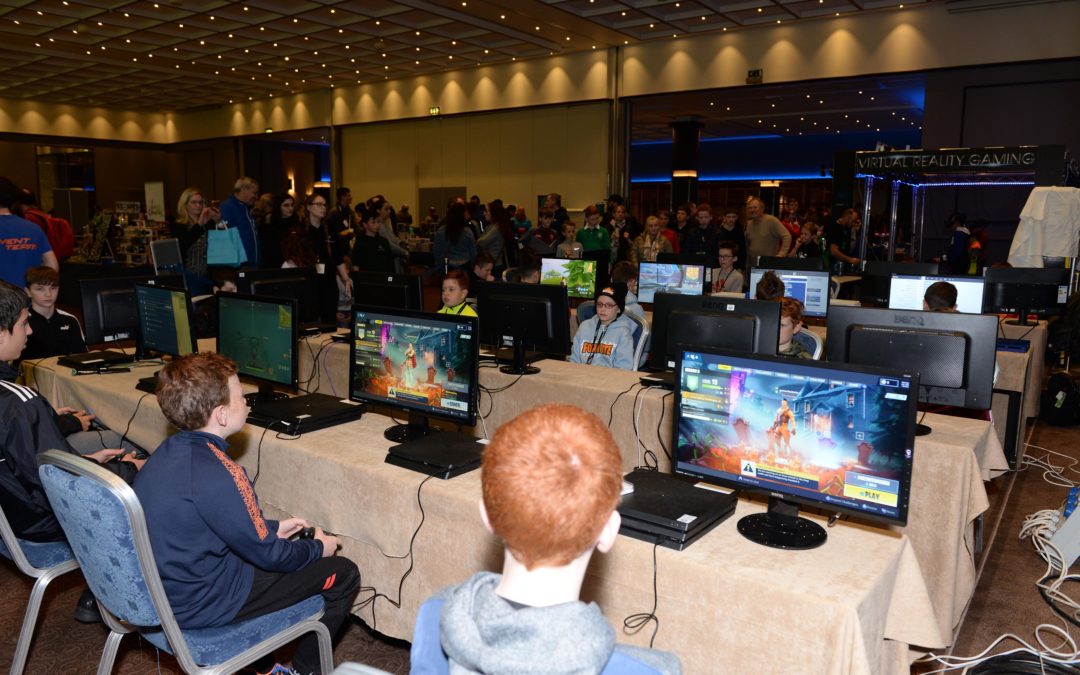 Each visitor may only register for the competition once per day.

The organisers cannot be responsible for Fortnite lag during gameplay which is beyond it’s control. Any games affected by lag will not be replayed.

The Fortnite competition can be played on PS4 or Xbox One only.

The competition format is Solo. The top 2 players will go forward to the Grand Final on the GamerFest Live Stage. Player scores will be determined by finishing position in their solo game; in the event of a Tie e.g. 2 players achieving a Battle Royale the winner will be chosen by number of Kills.

The ultimate winner of the tournament will be the player to achieve the highest score in the Grand Final.

Bush camping, or other forms of wasting time within the game are not permitted.

The competition ends at 1.00pm on each day. Freeplay will then be available to players until the festival closes.

Prizes are only awarded for winning a Battle Royale. Prizes include gaming merchandise and equipment and are at the discretion of organisers.

Damage and/or abuse to game consoles, controllers, or any tournament equipment is prohibited. Any player causing damage of any kind will be liable for any costs incurred to the organisers as a result and subject to ejection from the festival.

The competition organisers reserve the right to add to or amend these rules at any time.