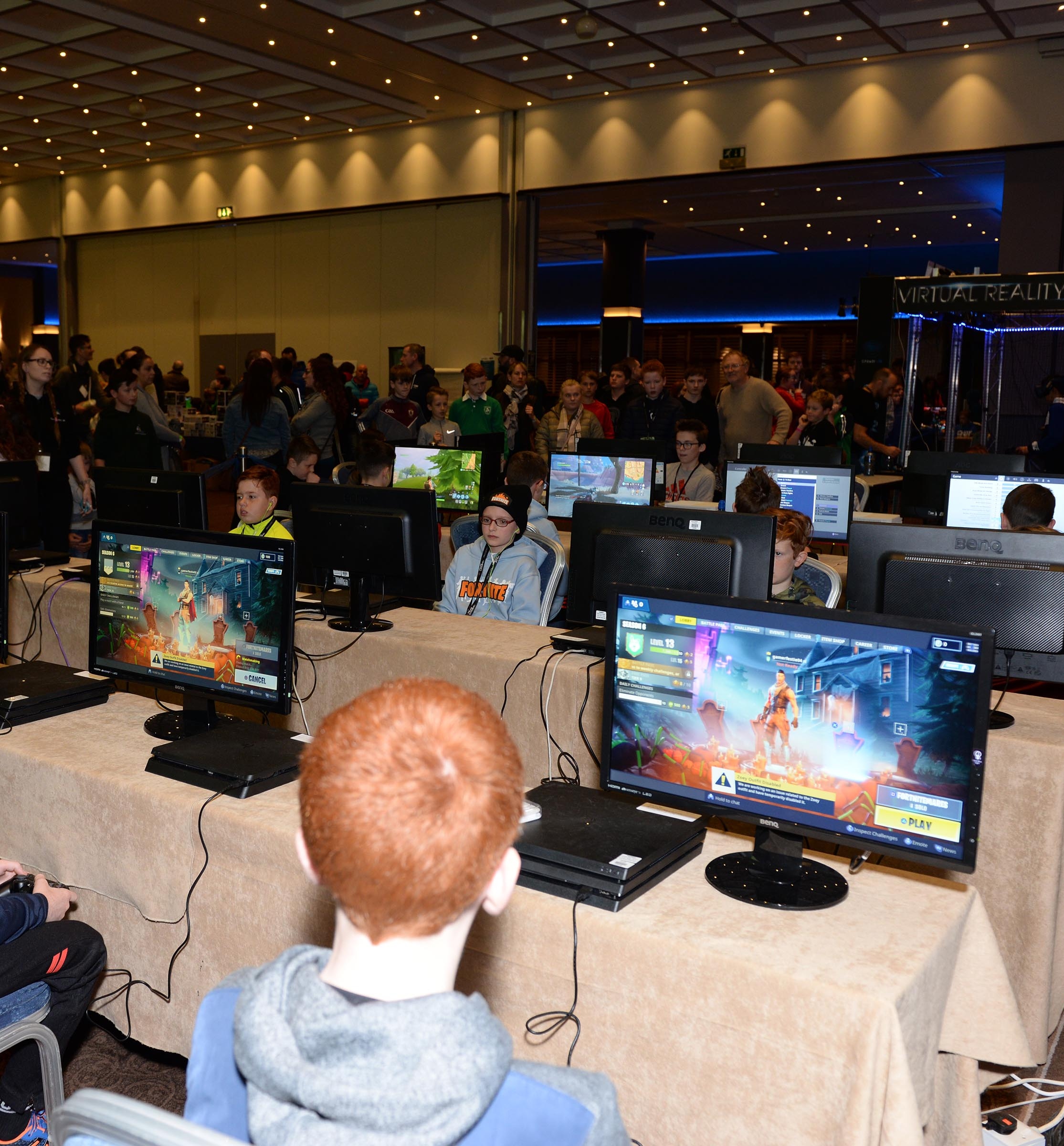 Each visitor may only register for the competition once per day.

The organisers cannot be responsible for Fortnite lag during gameplay which is beyond it’s control. Any games affected by lag will not be replayed.

The Fortnite competition can be played on PS4 or Xbox One only.

The competition format is Solo. Each player will play a round of Fortnite with each player that achieves a Battle Royal going through to the second round. The 2 highest scoring players from the second round will go forward to the Grand Final on the GamerFest Live Stage!

The ultimate winner of the tournament will be the player to achieve the highest score in the Grand Final.

Bush camping, or other forms of wasting time within the game are not permitted.

The competition ends at 1.00pm on each day. Freeplay will then be available to players until the festival closes.

Prizes are only awarded for winning a Battle Royale. Prizes include gaming merchandise and equipment and are at the discretion of organisers.

Damage and/or abuse to game consoles, controllers, or any tournament equipment is prohibited. Any player causing damage of any kind will be liable for any costs incurred to the organisers as a result and subject to ejection from the festival.

The competition organisers reserve the right to add to or amend these rules at any time.

This website uses cookies to improve your experience while you navigate through the website. Out of these, the cookies that are categorized as necessary are stored on your browser as they are essential for the working of basic functionalities of the website. We also use third-party cookies that help us analyze and understand how you use this website. These cookies will be stored in your browser only with your consent. You also have the option to opt-out of these cookies. But opting out of some of these cookies may affect your browsing experience.
Necessary Always Enabled
Necessary cookies are absolutely essential for the website to function properly. These cookies ensure basic functionalities and security features of the website, anonymously.
Functional
Functional cookies help to perform certain functionalities like sharing the content of the website on social media platforms, collect feedbacks, and other third-party features.
Performance
Performance cookies are used to understand and analyze the key performance indexes of the website which helps in delivering a better user experience for the visitors.
Analytics
Analytical cookies are used to understand how visitors interact with the website. These cookies help provide information on metrics the number of visitors, bounce rate, traffic source, etc.
Advertisement
Advertisement cookies are used to provide visitors with relevant ads and marketing campaigns. These cookies track visitors across websites and collect information to provide customized ads.
Others
Other uncategorized cookies are those that are being analyzed and have not been classified into a category as yet.
SAVE & ACCEPT
Scroll to Top
Scroll to Top